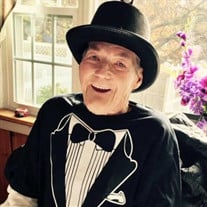 Reynolds, George K. 69, of Weymouth and formerly of Dorchester died peacefully at home on March 6, 2017. George was predeceased by his loving wife, Kathleen Ready Reynolds, in 2006. Beloved father of Lisa Reynolds and her partner Thomas Kolar of Weymouth and Scott Reynolds of Weymouth. Devoted papa of John Reynolds and his wife Jamie Reynolds of Malden, Joshua Reynolds and his fiancée Stephanie Reynolds of Abington and Matthew Kolar of Weymouth. He is also survived by his brother-in-law John Ready, his sister-in-laws, Patricia Wood and Carol Reynolds and many nieces and nephews. Loved son of the late William and Johanna Reynolds and brother of the late Robert and William Reynolds. George had an infectious smile and a sense of humor that could make anyone laugh. He loved to dance and lit up a room when he took to the dance floor. George faced many health issues and much adversity in the past few years, including the loss of his legs, but he never let that get him down and lived his life to the fullest. He still hit the dance floor every chance he got when one of his “girls’ would give him a twirl in his chair. George was a long time employee of Long Island Hospital and Boston City Hospital. He was dedicated to his grandchildren and they were the light of his life. Relatives and friends are invited to attend a visitation on Friday, March 10, 2017 from 4 - 8 pm. in the McHoul Family Funeral Home, 354 Adams Street, Dorchester, MA. A funeral service will be held on Saturday, March 11, 2017 at 10 a.m. in the funeral home. Burial will follow in the Cedar Grove Cemetery, Dorchester. In lieu of flowers, donations can be made to the Bayada Foundation, Bayada Home Healthcare, 101 Executive Drive, Suite 7, Moorestown, NJ, 08057.

Reynolds, George K. 69, of Weymouth and formerly of Dorchester died peacefully at home on March 6, 2017. George was predeceased by his loving wife, Kathleen Ready Reynolds, in 2006. Beloved father of Lisa Reynolds and her partner Thomas Kolar... View Obituary & Service Information

The family of Mr. George K. Reynolds created this Life Tributes page to make it easy to share your memories.

Reynolds, George K. 69, of Weymouth and formerly of Dorchester...

Send flowers to the Reynolds family.