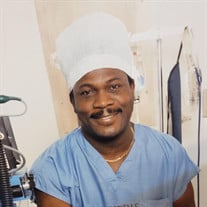 Delroy Gordon was born to Edmond Gordon and Frances Sterling Gordon on July 6, 1942, in Fellowship Hall in the Parish of St. Mary, Jamaica. He attended Ramble Basic and Primary Schools in Fellowship Hall prior to moving to Montego Bay, St.James, to pursue jobs and further his education. In the early sixties, Delroy joined the Jamaica Constabulary Force. A career for which he was well suited to maintain law and order. As a police officer, he focused on the prevention and detection of crimes and investigation of alleged crimes. He also trained for the Motorcycle Squad, following which he was assigned as the police escort for Prime Minister Donald Sangster. Upon completing 5 years of honorable service with the Jamaica Constabulary Force. He resigned to pursue other opportunities in the private sector. In 1968, Delroy migrated to the United States, settling in the South End of Boston, where most newly arrived immigrants lived. While in the U.S. he studied Barbering as well as insurance and investment brokering. After some time, Delroy gained employment at Brigham and Women’s Hospital (formerly Peter Bent Brigham), where he worked for over 43 years in various jobs, including Anesthesiology Technician, a position he held until his retirement several years ago. Delroy had a strong work ethic, loved his job and Brigham’s was like his second home. His supervisors recognized him for his advocacy. So, when he brought work-related concerns to the attention of his superiors, these concerns often led to policy changes that streamlined workflow or other procedures. Delroy was a longtime member of Greenwood Memorial United Methodist Church, Delroy was a member of the choir. He was also an active participant in many of the church's other activities, including ticket sales for the Annual banquet, helping out with special projects, and enjoying travel with his church family. He especially enjoyed their trips to Rome, Egypt, and Jerusalem. Delroy was a fun person. He was always eager to discuss local and national politics and the state of affairs in Jamaica; this was only surpassed by his love of watching Friday night wrestling. Playing dominoes was another of Delroy's favorite pastimes. Delroy was a longtime member of Unity Sports and Cultural Association, where he held various appointed and elected offices as a member of the Disciplinary Committee and Secretary/Treasurer. He also traveled widely with Unity to different places when groups gathered for friendly games: All Fours and Dominoes Tournaments. Delroy represented the organization at cultural and community events. Delroy was also one of the chairs of Unity’s 35th Anniversary Celebration. For the past 15 years, Delroy successfully collected substantial donations from his colleagues at Brigham’s to support Unity’s Annual Senior Citizens Luncheon. We are indebted to him for introducing Dr. Flanagan to Unity who continues to be a major contributor for this luncheon. Delroy was the type of person with whom you could count on to offer support when you had a problem. He also felt comfortable voicing his opinion if he felt the idea would be consistent with our mission to be of service to others. His ability to blend easily in culturally diverse groups was remarkable. He embraced a philosophy of care and comradery by informally adopting many of us into his large extended family network. His presence will be sorely missed by his Unity friends, family, and loved ones. Delroy was predeceased by his father Edmond Gordon, his mother Frances Sterling, his sisters, Madge Robinson and Merline Gordon, brothers Hubert Easton Gordon and Edmond Gordon, and many other relatives. Surviving family/friends: Delroy is survived by his wife of 15 years Jennies Gordon (Florida) Children: Michelle Gordon, Gary Gordon, and Kenny Gordon (Boston) A host of cousins including Harry Richmond (Boston), Noreen Richmond (Brockton), Isabel Ward, Sybil Gray Daphne Palmer, and Wendy Hart (N.Y.) Harry DaCaster (Canada) Clarence Williams (Puerto Rico) Dorrit McKenzie(Port Charlotte) Stepson: Weithney Reid (Jamaica) Nephew: Patrick Ewan (Florida) Godsons: Sean Cooper and Jason Vassell (Boston) Friends: Roderick and Bev Williams, Wilks Vassell,Conrad Blake, Philip Roberts, Steven and Zilma Stewart, Albert and Lydia Marshall, Clarence and Jemma Cooper, the Whitworth family, Mrs. Shillingford, Elton and Greta Byron, Stephanie and Leeroy Campbell, Gladys Scott, Delroy Franklin( Frankie) Athene, Magnum and Julene Vassell, Dr. Patricia Zamor, Lyndon Vincent, and many more. Acknowledgment: The family of Delroy Gordon wishes to thank you for your kindness shown and for the many expressions of sympathy shared during our bereavement. Your visits, cards, calls, flowers, and especially your prayers have been a source of encouragement during this difficult time. We are extremely grateful and evermore thankful for showing how much Delroy was loved while he was here with us. Today we pray that God may continue to shower His blessings and love upon you. Jennies Gordon and family. To view the livestream of Mr. Gordon's service please select one of the following links: Facebook: https://facebook.com/greenwoodumc378a. https://www.greenwoodmemorial.org/live-streaming

Delroy Gordon was born to Edmond Gordon and Frances Sterling Gordon on July 6, 1942, in Fellowship Hall in the Parish of St. Mary, Jamaica. He attended Ramble Basic and Primary Schools in Fellowship Hall prior to moving to Montego Bay, St.James,... View Obituary & Service Information

The family of Mr. Delroy Gordon created this Life Tributes page to make it easy to share your memories.

Delroy Gordon was born to Edmond Gordon and Frances Sterling...

Send flowers to the Gordon family.